The internet is quickly changing the world as we know it. For the first time in the history, a single businessperson can compete on equal footing with large, multinational firms. Anyone can sell something, collect the money for the item, then go purchase it and sent it to the buyer. Today, armed with nothing more than information and a little bit of know-how, people are becoming millionaires.

There are many facets of traditional marketing and examples might include tangible items such as business cards, print ads in newspapers or magazines. It can also include posters, commercials on TV and radio, billboards and brochures.

Nearly half of all smartphone users have used their phones while shopping in brick-and-mortar stores — 40% of them to compare the competition’s prices. Statistics for who’s scanning QR codes and with what device appear to be mixed, although most data places iPhone users at the top, with the user age range being 25–34. Japan and the U.S. are currently leaps and bounds ahead of other countries in QR code scans around 60% with Canada and the U.K. trailing dozens of percentage points behind.

Now creative digital advertisers are use it for innovative promotions and give new life to boring places. Famous angry birds and Instagram create a display advert for their offline promotions with QR code shape Designs and Both QR codes take you directly to download the app, and are a great showcase for both ad creativity and self-explanatory promotion of the apps themselves. 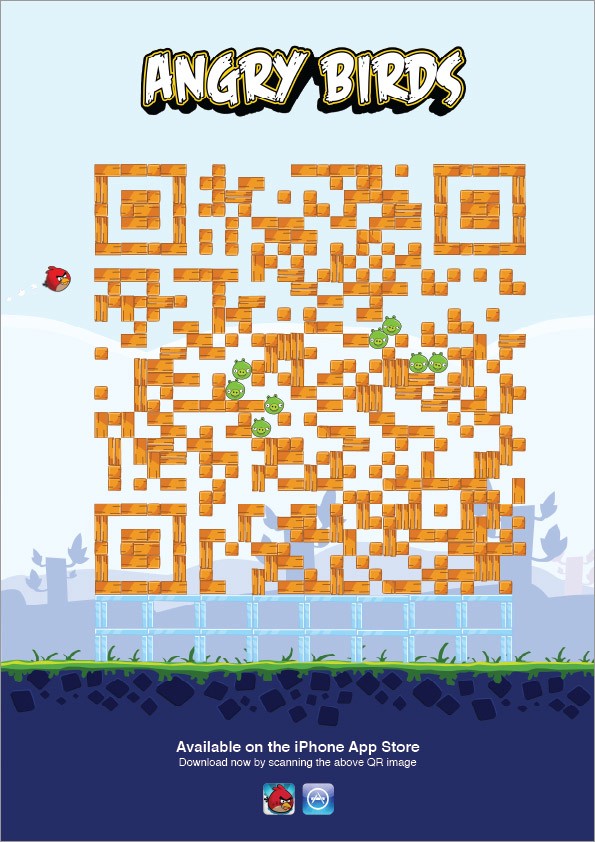 Still, QR code creation jumped a whopping 1,253% in 2011, with two million of them created in less than three months. By far, most were used to lead users to a web address, but they can also store vCard details, Google Maps info and even YouTube video links.

If you haven’t seen them in your favorite newspaper or magazine, it’s called a Quick Response Code or a QR code. In short, let’s just say, it’s like a bar code but better.. The difference is that a “QR CODE” will take you instantly to a web page when scanned by a smartphone. It’s one of the latest cool technologies that helps bridge the virtual world and the physical world.

My conclusion is QR CODE, the critical point of Digital and Traditional marketing.

This website uses cookies to improve your experience while you navigate through the website. Out of these, the cookies that are categorized as necessary are stored on your browser as they are essential for the working of basic functionalities of the website. We also use third-party cookies that help us analyze and understand how you use this website. These cookies will be stored in your browser only with your consent. You also have the option to opt-out of these cookies. But opting out of some of these cookies may affect your browsing experience.
Necessary Always Enabled
Necessary cookies are absolutely essential for the website to function properly. These cookies ensure basic functionalities and security features of the website, anonymously.
Functional
Functional cookies help to perform certain functionalities like sharing the content of the website on social media platforms, collect feedbacks, and other third-party features.
Performance
Performance cookies are used to understand and analyze the key performance indexes of the website which helps in delivering a better user experience for the visitors.
Analytics
Analytical cookies are used to understand how visitors interact with the website. These cookies help provide information on metrics the number of visitors, bounce rate, traffic source, etc.
Advertisement
Advertisement cookies are used to provide visitors with relevant ads and marketing campaigns. These cookies track visitors across websites and collect information to provide customized ads.
Others
Other uncategorized cookies are those that are being analyzed and have not been classified into a category as yet.
testing
SAVE & ACCEPT
Powered by